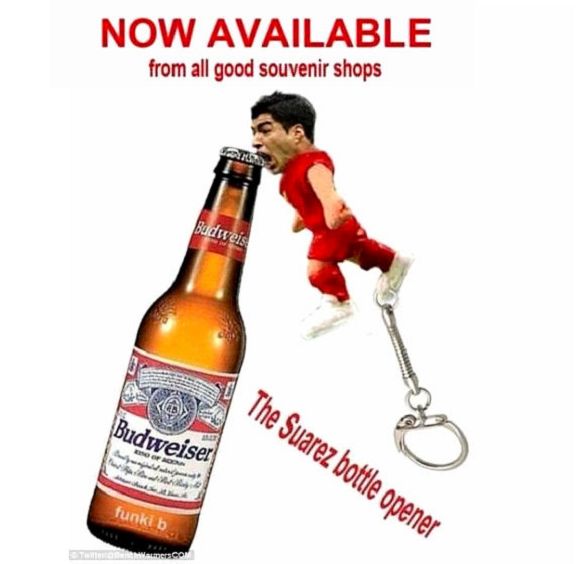 Laura McQuarrie — June 28, 2014 — Lifestyle
References: toychan.net & en.rocketnews24
Share on Facebook Share on Twitter Share on LinkedIn Share on Pinterest
After the recent Italy vs. Uruguay match during the 2014 Brazil World Cup, Suarez bites Chiellini memes have been popping up all across the Internet and tons of brands have been taking advantage of real-time marketing on Twitter to comment on the incident. As well, although the match only took place a few days ago, online shopping site Taobao has been extremely quick and already put up Luis Suarez-themed bottle openers up for sale.

Considering the quick turnaround, the product images probably aren't representative of the finished product, especially since they feature a Photoshop image of the face of Suarez and his jersey is red, rather than the official colors of Uruguay's official team World Cup kit. As well as a sketchy product image, the prices are pretty suspect too, ranging from hundreds to thousands of US dollars—buyers beware.
5.9
Score
Popularity
Activity
Freshness
Attend Future Festival Virtual