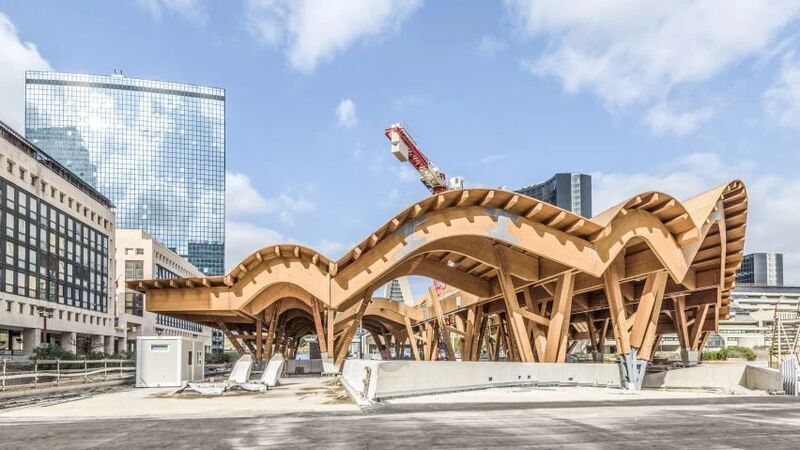 The new metro station will become a significant part of the city's infrastructure. Benedetta Tagliabue is leading the station's build, which includes undulating arches. The goal is to introduce a piece of nature and a piece of the original part of Naples into the new timber station. Studio EMBT designed the station over top of existing underground lines to better incorporate it into the area's transit system.