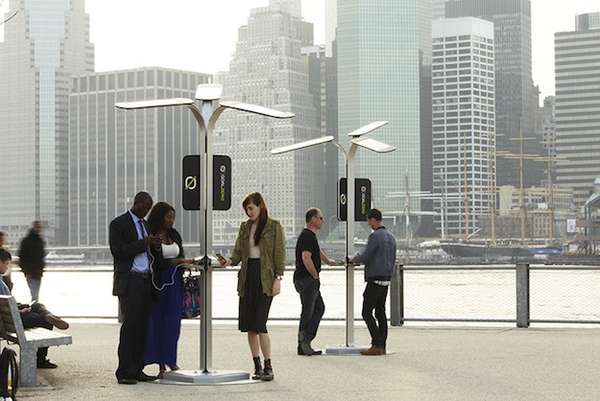 Meghan Young — June 19, 2013 — Eco
References: street-charge & psfk
Share on Facebook Share on Twitter Share on LinkedIn Share on Pinterest
The city of New York and other similarly eco-minded metropolises can always ensure that people never have to worry about low phone batteries again thanks to the Street Charge stations. That is, of course, if they decide to adopt them permanently. Considering that the Street Charge stations essentially look like lamp posts, that shouldn't be a tough decision.

Designed by Pensa and Goal Zero in joint effort with AT&T, the Street Charge stations use solar power to juice up people's phones. According to Psfk, "The project has kicked into full gear after Superstom Sandy left many people without any resources to charge their phones."

Sun-Powered Floral Chargers
The Solar Sunflower Soaks up Some Rays