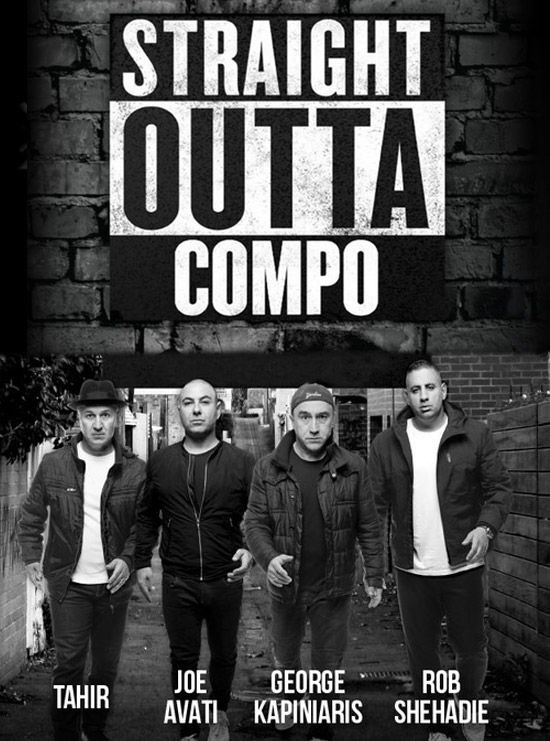 Joey Haar — November 6, 2017 — Pop Culture
References: joeavati & blacktownsun.au
Share on Facebook Share on Twitter Share on LinkedIn Share on Pinterest
Australia is a multicultural country, and Straight Outta Compo is a stand-up and sketch show that looks to give an glimpse of family life for people of different cultures in Australia — through comedy, of course. The show, which is slated for the stages of the Sydney Comedy Festival, features comedians of Lebanese and Italian descent talking about their experiences growing up in the suburbs of Sydney.

Straight Outta Compo, a sarcastic play on the NWA biopic 'Straight Outta Compton', features solo stand-up performed by each of the four members of the group. It also includes sketches, songs, and videos that intersperse the stand-up material. Despite its potentially racy name, Straight Outta Compo is a family-friendly show, so those attending the festival are welcome to bring their kids along as well.
0.6
Score
Popularity
Activity
Freshness
Jeremy Gutsche Keynote Speaker