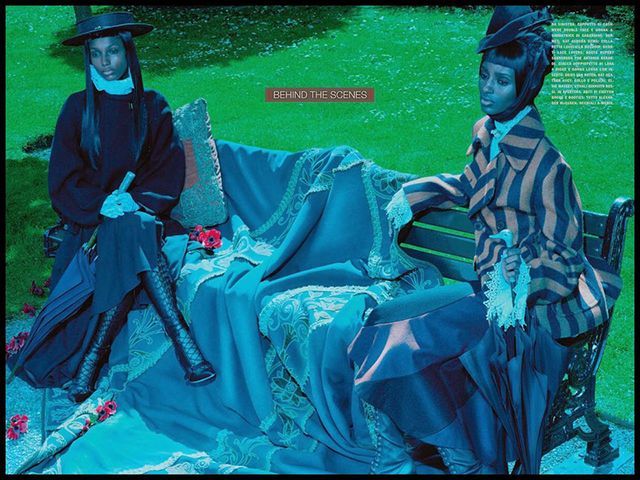 The Vogue Italia December 2014 Stills From The Past Photoshoot Shines

Jordy E — December 17, 2014 — Fashion
References: vogue.it & fashioncopious.typepad
The Vogue Italia Stills From The Past editorial places bright, glow-in-the-dark lighting on display in its December 2014 issue. Photographer Miles Aldridge opted for the eerie tones which feature an assortment of blue, green and grey shades.

While the coloring may be distorted, there is no mistaking the talent of Wilson in this chic series. In each shot, varying upscale motifs are delivered through striped one-piece suits and playful accessories. Evidently, creativity flowed through Stills From The Past.
4.3
Score
Popularity
Activity
Freshness