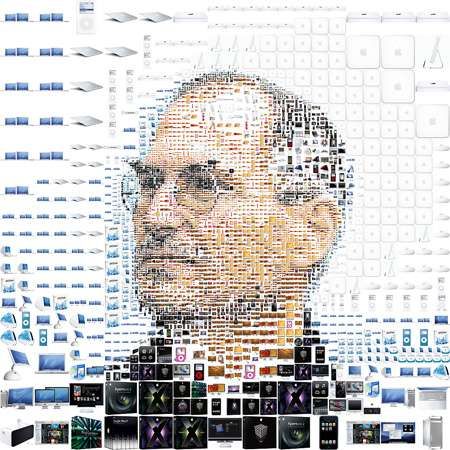 Steve Jobs Made of Apple Products

While this image of Steve Jobs doesn't hold any moving messages about society, it could serve a function. The entire image is made of up Apple products, so the finished portrait could function as one big Apple ad campaign.

It features everything from computers to the iPhone. To spare you some squinting, yes, it does also include the MacBook Air. It also has other new gadgets like the iPod nano pink.

"Credit must go to Deanna Lowe @ Fortune magazine and the photographer of the original photo in which this mosaic is based," it says below the Flickr image which also says the image was "Made with Synthetik Studio Artist, Adobe Photoshop and Apple QuickTime Pro with custom developed scripts and techniques."

Foundation-Supporting '90s Toys
A New Bop It! Button Was Launched for the Game's 25th Anniversary