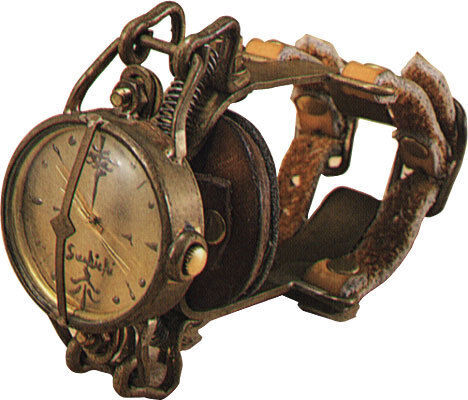 They're intricately aged, but powered by modern watch works. Everything looks suitably old, but mysteriously advanced.

"Steampunk is a subgenre of fantasy and speculative fiction which came into prominence in the 1980s and early 1990s," Wikipedia explains. "The term denotes works set in an era or world where steam power is still widely usedâ€”usually the 19th century, and often set in Victorian era Englandâ€”but with prominent elements of either science fiction or fantasy, such as fictional technological inventions" or "real technological developments," according to the site.
5.3
Score
Popularity
Activity
Freshness
Access Advisory Services