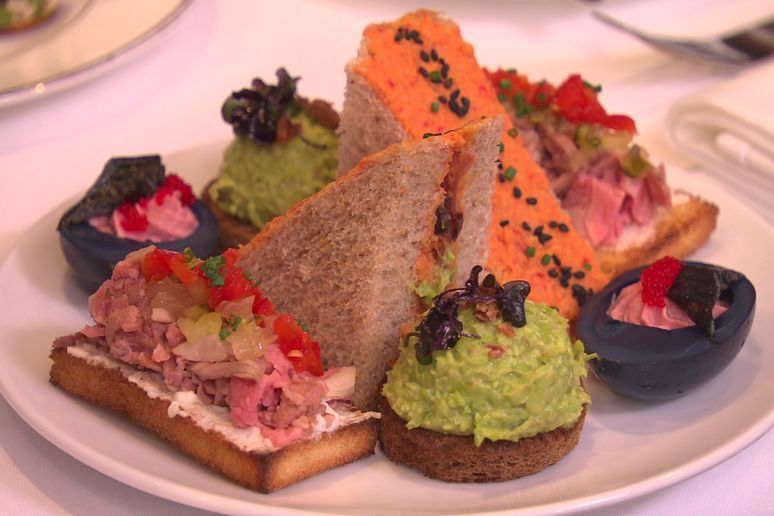 Disneyland’s Steakhouse 55’s Halloween Tea is Based on Villains

Reaching back into its vault, Disneyland's Steakhouse 55 called up its most feared villains as the inspiration for its sweet treats and tea sandwiches. Some of the spooky foods available include a Snow White-inspired poison apple Bavarian mousse stuffed with a salted caramel cream filling, a pumpkin cupcake decorated to match Cruella de Vil’s signature black and white hair, and chocolate dipped strawberries that resemble both the Queen of Hearts and The Nightmare Before Christmas' Oogie Boogie. Of course, the dishes aren't all sweet. For savory fans, there's a Scar-inspired Red Pepper Hummus, beet-dyed deviled eggs that look like Little Mermaid villain Ursula, and Malificent-style avocado toast.

Served from September 7th to October 28th, the spooky new menu is a delicious way to get into the Halloween spirit.