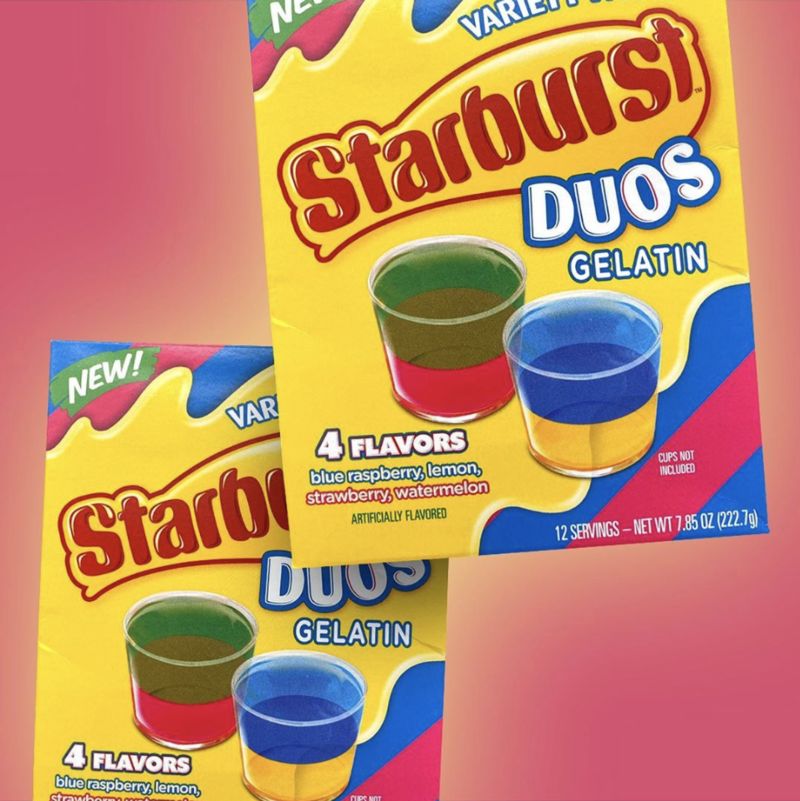 For those unfamiliar, Starburst Duos are two-toned candies with two Starburst flavors in one. Now it seems that the two-in-one candies are also available in the form of fun gelatin snacks. According to Instagram snacker @junkfoodaisle, who originally reported the new product, Starburst Duos Gelatin are just like the two-toned candied, but in gelatin form. This means consumers can whip up their own Strawberry-Watermellon or Blue Raspberry-Lemon snack.

Though the new product is kid-friendly, adults who are looking to take Starburst Duos Gelatin to the next level could add a bit of booze into the mix to create the ultimate two-toned Jell-O shots.