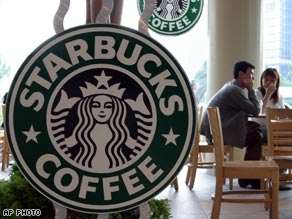 Starbucks will begin offering any grande iced beverage for only $2 after 2 p.m. The catch? They have to provide proof, by showing a receipt, that they got their morning coffee fix from Starbucks (any location.)

Busy Starbucks locations don't have trouble luring patrons in the mornings, but because North America doesn't have an afternoon coffee culture like Europe does, their post lunch sales aren't as strong as they would like.

Cool blended coffees are the best seller in afternoons since most people crave somethings sweet after lunch, and in the summer heat, it's a refreshing alternative. However, until now Starbucks frappucinos and Vivannos have been too expensive for most people around $5, so Starbucks lost many customers to McDonald's and Tim Horton's who offer much cheaper iced coffees.

This is such an innovative idea however, and ensures return customers.