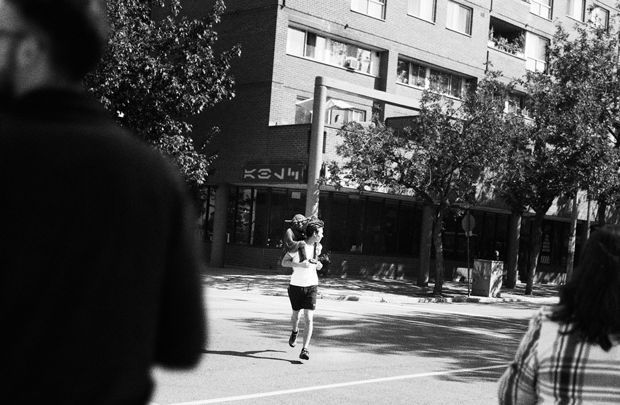 Rahul Kalvapalle — October 24, 2014 — Tech
References: thomasdagg & featureshoot
These unique and peculiar Star Wars photos are the work of Toronto-based photographer Thomas Dagg. A homage to his own childhood, this imaginative photo series depicts a number of iconic Star Wars characters and objects -- including AT-ATs, the Rebel Insignia and Star Destroyers -- dotting the Canadian urban landscape and invading daily life.

As a child, Dagg was a Star Wars fiend who often drew space ships on top of different photographs in magazine. That experience surely helped in the making of this series, where he is seen skillfully and thoughtfully -- yet irreverently -- inserting Star Wars objects and characters into daily life scenes.

Two of the images are constructed using screenshots from the actual movies, but most of these Star Wars photos feature Dagg's own Star Wars toys and figurines.
3.4
Score
Popularity
Activity
Freshness