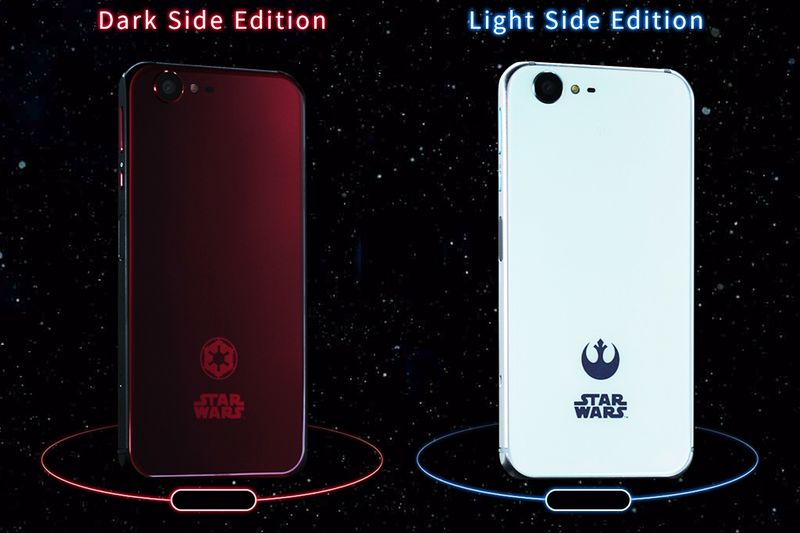 Riley von Niessen — November 30, 2016 — Tech
References: softbank.jp & hypebeast
Share on Facebook Share on Twitter Share on LinkedIn Share on Pinterest
In an effort to appeal to the many diehard fans of the space-set franchise, Japan has created a series of Star Wars phones. Running on Android, the smartphones come in two variations -- one which pledges allegiance to the Dark Side and another that's themed around the Light Side.

As HYPEBEAST states, "Both come packed with a Snapdragon 820 processor with 3GB of RAM, 32GB of storage, microSD slot, a 3,000mAh battery pack, 22.6MP camera and TV Tuner as standard."

In addition to this, each of the Star Wars phones comes equipped with franchise-themed emojis, wallpapers and apps -- allowing fans to fully immerse themselves in the galactic world. Set to become available on December 2nd, the limited-edition Star Wars phones come in special packaging that commemorates the release of 'Rogue One: A Star Wars Story.'
5.2
Score
Popularity
Activity
Freshness
View Innovation Webinars