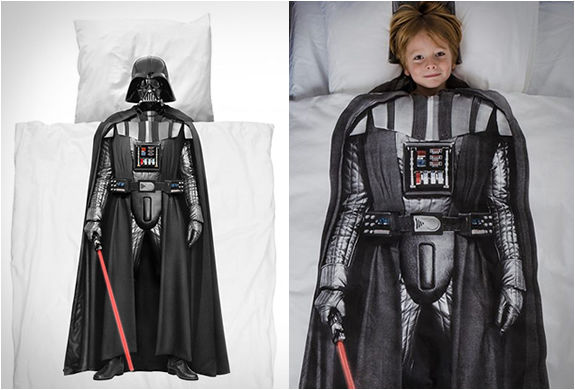 Snurk created two Star Wars duvet covers that represent either the evil villain Darth Vader or the furry Wookiee warrior Chewbacca. Each duvet features the entire body of these characters from their necks down. Instead of placing the character's head on the duvet, the consumer's head will now appear as the iconic character when they crawl into bed. However, for times when the bed is empty, there are matching pillow cases that contain Darth Vader and Chewbacca's actual faces to complete the clever bedding set. When viewed from above, these comical blankets look as though the person sleeping actually has the character's body.