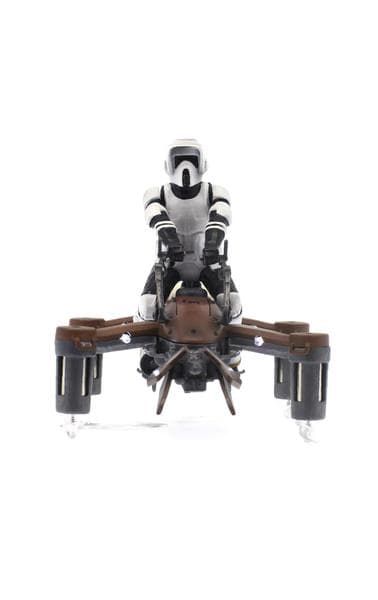 These Star War Drones Let You Engage In Epic Dogfights

Rahul Kalvapalle — July 19, 2016 — Tech
References: starwarspropel & gizmag
A company by the name of Propel RC has gone ahead and developed an exceptionally innovative and highly addictive range of Star Wars drones, dubbed 'Battling Quad' drones, that are designed to make it possible for drone enthusiasts of all ages to take full command of famous Star Wars vehicles and engage in epic dogfights with each other.

The Star Wars drones in this collection include a 74-Z Speeder Bike, a T-65 X-Wing Starfighter and the famous Millennium Falcon, among others. Each drone is individually hand-painted and features a unique model number. They're all capable of flying at up to speeds of 40 km/h and are equipped with special lasers that can be used to engage in battle.

Most people have played video games that involve battling it out using lasers, but the Star Wars drones now allow you to experience the thrill of aerial laser warfare for real.