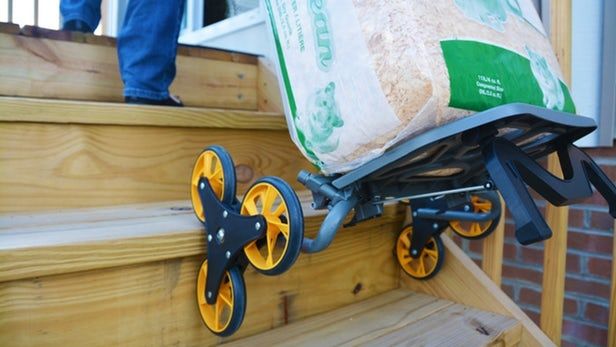 The 'UpCart City' is Designed for Compact Urban Moving Environments

Rahul Kalvapalle — May 10, 2018 — Lifestyle
References: upcart & kickstarter
The UpCart dolly was all the rage when it was first unveiled to the general public back in 2016, but the company is proving that it's not content to rest on its laurels, thanks to the introduction of the new and improved UpCart City stair-climbing dolly.

What's great about this particular stair-climbing dolly is the fact that it has been designed specifically to deal with the unique challenges of moving in urban environments. Anyone who has ever moved to a downtown apartment will know that cramped stairwells are part of the deal, which is precisely why the UpCart City comes with a compact form, as well as a folding mechanism that makes it easy to stow away when not in use.

Currently the subject of a crowdfunding campaign on Kickstarter, this stair-climbing dolly makes moving and transporting objects up stairwells an absolute breeze.
6.1
Score
Popularity
Activity
Freshness