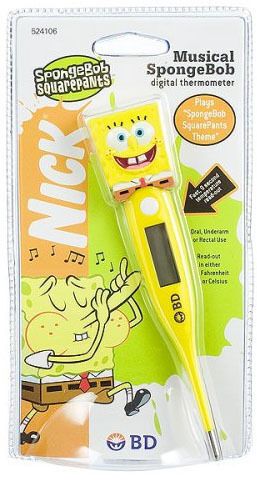 The fact that it is officially licensed is all sorts of wrong. I know they want to make it kid-friendly and all, but I don't think it's a good idea to shove your favorite cartoon character up your back side. And wait, it is musical. It plays the Spongebob theme in your ass when your temperature is taken!

It can be used in the mouth, underarm or in the arse.

Funnily enough, Spongebob has been the target of speculation regarding his sexuality. This doesn't help with the rumors at all.
4
Score
Popularity
Activity
Freshness
Access Advisory Services