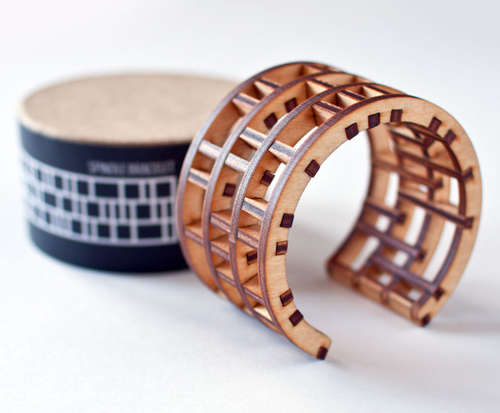 The Spindle Bracelet by EVRT Studio is Intricate and Modern

Designed by St. Louis-based EVRT Studio, which is run by Brian and Lori Everett, the Spindle Bracelet is made out of plywood. Yet despite this fact, it doesn't appear so. That is because the wood has been laser cut and intricately laid out to give it a metal appeal. Nevertheless, upon closer inspection, the natural version is easily recognized as wood whereas the black one remains elusive. Finished in a food safe, non-toxic Walnut oil, the Spindle Bracelet is given a satin sheen.
3.4
Score
Popularity
Activity
Freshness
Get Better and Faster