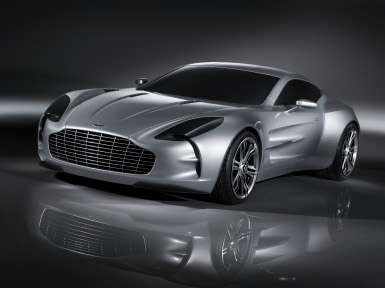 The stunning design is reportedly going to be the most expensive production car ever made with a shocking price tag of $2.3 million, overtaking the record-holder Bugatti Veyron. The refined carbon fiber chassis and handcrafted aluminum body will be powered by a 7.0 liter V12 engine, delivering breathtaking performance and sophistication to its thrilled driver. Introduced are invigorating design features, such as new sleek headlights and striking muscular front and side vents.

Still, none of the above-mentioned elements holds the essence of this super car’s uniqueness, which is actually disclosed in its very name. The luxurious supercar will be available to a strictly limited number of astute buyers; only 77 lucky Aston Martin customers will acquire the invaluable keys to this flagship car and have it extensively customized to their liking, thus adding to the exclusiveness and unspoken value.

The overjoyed owner will definitely be the envy in the eyes of all but 76 others, not including poor old James Bond.
3.5
Score
Popularity
Activity
Freshness
Access Advisory Services