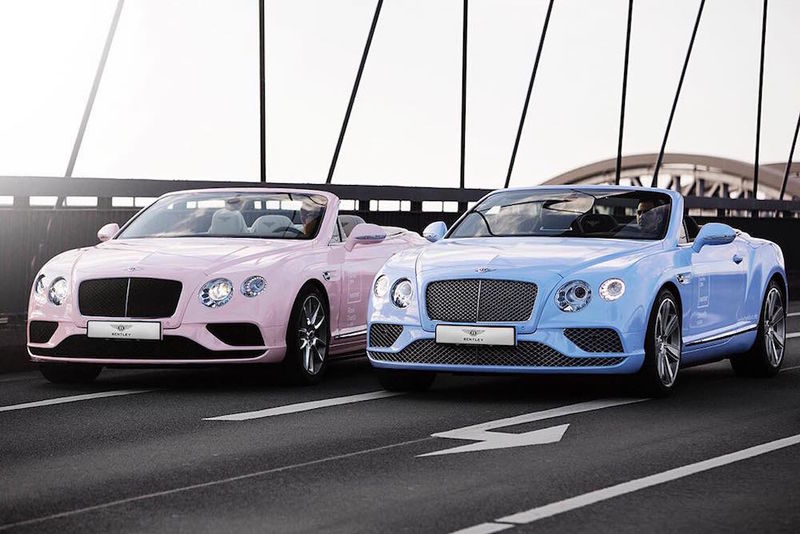 The colors of the year are Rose Quartz and Serenity, and this is the first year two hues have been named as the Color of the Year recipient. The luxury cars appear almost toy-like with the bright, pastel finish. Pantone selected the two colors as a "color snapshot" for the push for gender equality and the gender blur seen in fashion and design. The Continental GT V8 convertible also has a redesigned front spoiler and rear diffuser, while the four-layer hardtop roof allows four to sit comfortably in the luxury automobile.

The special edition Bentleys are in honor of the reopening of the flagship dealership in Frankfurt, Germany.