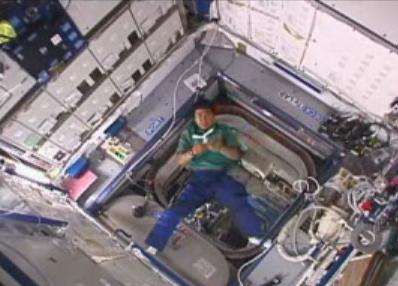 Bianca — March 8, 2008 — Unique
References: pinktentacle
Share on Facebook Share on Twitter Share on LinkedIn Share on Pinterest
Have you ever wondered if a boomerang would come back to you if you chucked it in space? Will the 'rang come back at zero gravity? While most people probably haven't pondered over that one, some Japanese researchers did, and the curiosity got to them so badly, they wanted to find out for themselves.

Takao Doi, a Japanese astronaut will put the bizarre question to the test when he plays around with the curved, wooden Aussie toy in the International Space Station. He'll take it with him on March 11 when he journeys out in the Space Shuttle Endeavour.

"Doi will be carrying a pair of paper boomerangs presented by Yasuhiro Togai, a 2006 world boomerang champion and space enthusiast from Osaka," Pink Tentacle explains. "Togai, who long wondered how boomerangs would fly without the downward pull of gravity, suggested Doi conduct boomerang experiments in space."

After a couple of throwing lessons, they decided it would be worth going public with the experiment.

"Togai believes the space boomerangs will spiral up and away without returning, but he says he is looking forward to the results," Pink Tentacle adds.

Probably many people are thinking, "Who cares?" but it's neat to see what people with money can do to quench their thirst for random curiosity.