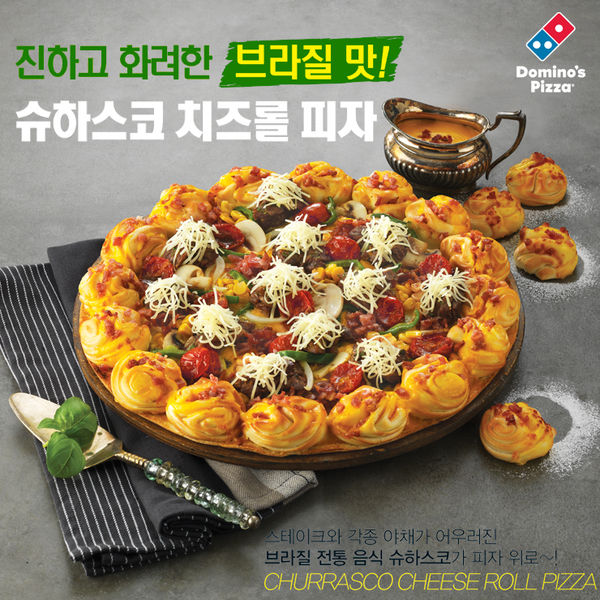 Laura McQuarrie — June 16, 2014 — Lifestyle
References: dominos.co.kr & brandeating
Share on Facebook Share on Twitter Share on LinkedIn Share on Pinterest
There's a new kind of pizza being served up at Domino's South Korea Pizza called the Churrasco Cheese Roll Pizza. The unusual pizza is being offered as part of a promotion for the World Cup, which pays tribute to Brazil as the host country of this year's games.

The pizza features a number of Brazilian-inspired elements, including a crust made up of pao de queijo cheese buns and an overall theme of flavors from a Brazilian barbecue. The pizza is topped with bacon, sun-dried tomatoes, onions, green peppers, mushrooms, mango habanero sauce and of course, loads of cheese sauce and mozzarella.

The World Cup Domino's pizza is priced at about $28 for a medium size and $33 for a large.
3.1
Score
Popularity
Activity
Freshness
Get Better and Faster