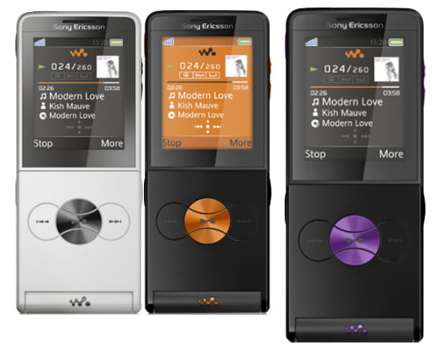 About the new phones:

The Sony Ericsson W350i - The W350i, pictured here, incorporates a flip design and outer controls that make it a lot easier to flip through your music without fumbling through your phone numbers.

The Sony Ericsson W760i - The W760i, targeted towards gamers, will be the first Sony Ericcson to carry the Walkman brand. The all-in-one phone will include GPS and Wayfinder for navigation.

The Sony Ericsson Z555i - The Z555i will be a more upscale phone, perhaps targeted towards fashionistas and the MotoRazr crowd.

No other specs have been leaked about either the Sony Ericsson phones. However, we can expect more details later this week.
3.8
Score
Popularity
Activity
Freshness
Get Better and Faster