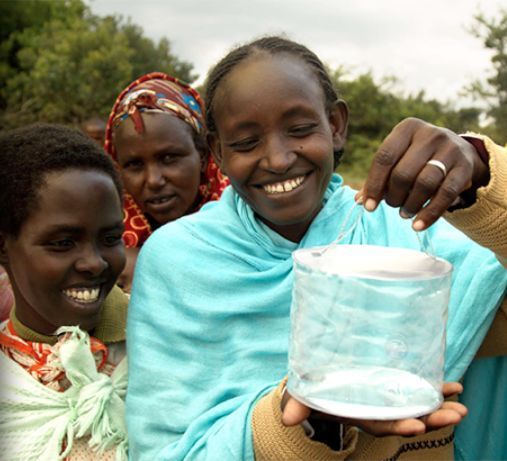 Solar-Powered Lantern Brings a Cheap Source to the Underprivileged

Amelia Roblin — January 9, 2015 — Eco
References: mpowerd & theverge
Share on Facebook Share on Twitter Share on LinkedIn Share on Pinterest
At CES 2015, MPOWERD presented its resourceful solution to providing light to the many poor and electricity-less communities around the world. In West Africa, people rely on kerosene to fuel their lamps after dark, but this oil has its disadvantages, including cost. This efficient alternative would be relatively expensive initially, but calculations determine that it would pay for itself within six months of use.

The Luci Lantern is a lightweight lamp that's made from inflatable plastic. It has solar cells integrated into the top, capable of soaking up significant rays from sun. Eight hours of charging during the day can brighten up 12 hours of darkness, spreading out to an area of 10 square feet. The four-ounce solar-powered lantern could be purchased in North America and Europe for full price, providing another for free to a family in need.
5.5
Score
Popularity
Activity
Freshness
Get Better and Faster