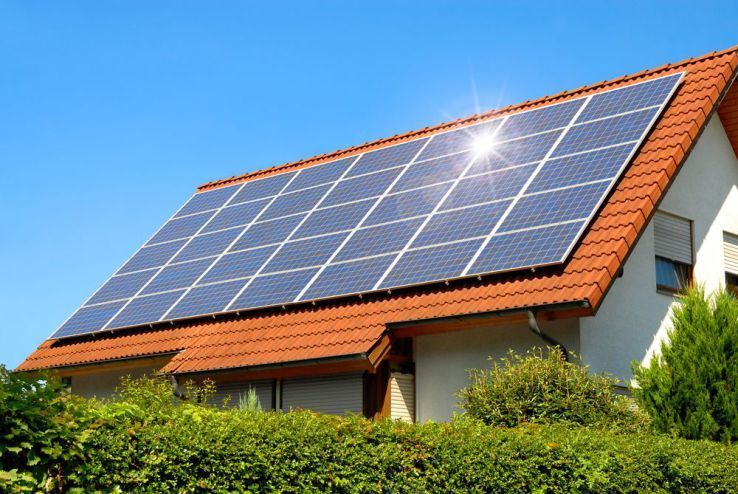 Joey Haar — August 10, 2016 — Eco
References: electrek.co & techcrunch
Share on Facebook Share on Twitter Share on LinkedIn Share on Pinterest
Installing a solar panel on one's roof, while a noble endeavor, is either difficult and technically trying or extremely expensive (or both), which is why SolarCity is planning to change the roofing industry with its solar roof. Though the product is still very much a concept, the soon-to-be Tesla-owned company announced that it will be releasing a solar roof in which the roof itself is a solar panel, rather than solar panels being a module added on top of a preexisting roof.

While of course having to generate electricity, as any solar power generator does, the trick to the solar roof is that it will also have to be aesthetically appealing. People take pride in their houses' appearances and an unattractive or ostentatious style would make selling the solar roof a slanted affair. However, the appeal of such readily available green energy might offset the complaints of aesthetes.
5.6
Score
Popularity
Activity
Freshness
View Innovation Webinars