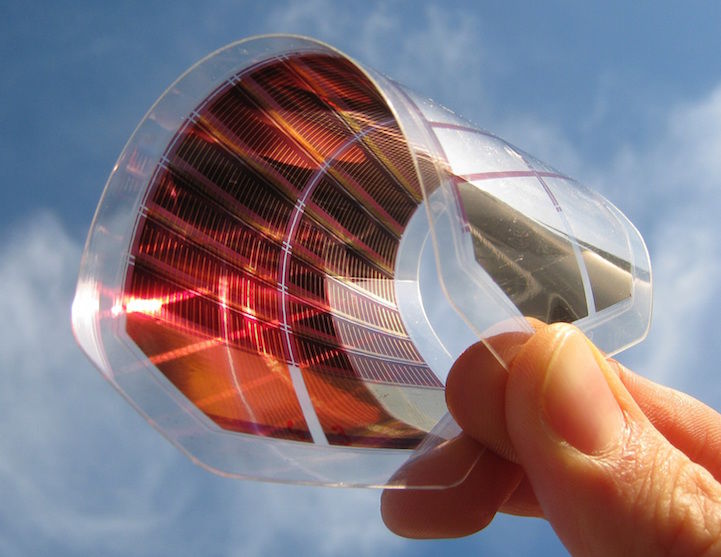 This Inexpensive and Ultra-Thin Technology is Great for Developing Countries

Meghan Young — June 21, 2015 — Eco
References: mymodernmet
These printed solar cells are already making a big impact on the world. Less expensive to produce than more traditional solar cells, they are great for developed nations whose citizens want to decrease their carbon footprint and, more importantly, those living in developing countries. The paper-thin and flexible solar cells require only an industrial printer to manufacture.

A great tool to help fight poverty, Scott Watkins of Korean firm Kyung-In Synthetic says, "I’ve witnessed first-hand how the technology has enabled urban poor communities in India to access off-grid electricity. Its success is due to its cost effectiveness and simplicity. A 10×10 cm solar cell film is enough to generate as much as 10-50 watts per square meter.” Granted, there are still some obstacles that needs to be worked out before they can truly make a difference.
6.3
Score
Popularity
Activity
Freshness