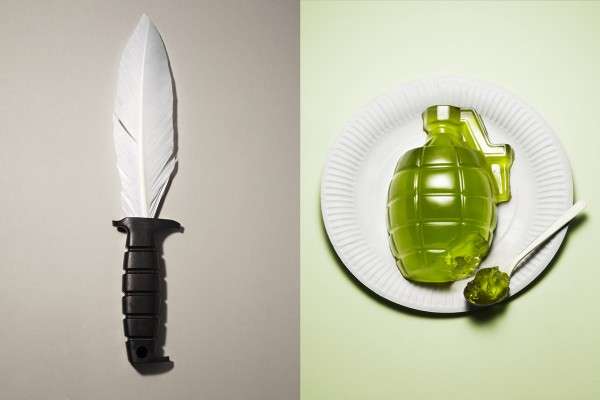 Soft Weapons by Kyle Bean is Inspired by Guerrilla Movements

Created for Cut magazine, the art series titled Soft Weapons by Kyle Bean, which has been photographed by Sam Hofman, is insanely clever and creative. From feather blade knives to bread knuckle dusters, Bean transforms these common arms into something fun. It is not surprising that this series is so amazing, since everything Bean touches turns to gold such as his egg and matches sculptures.
3.2
Score
Popularity
Activity
Freshness
Get the 2021 Trend Report FREE