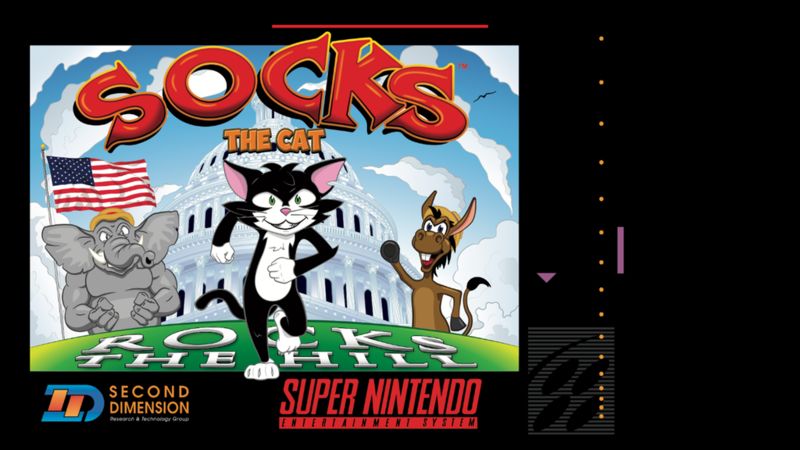 Joey Haar — October 12, 2016 — Tech
References: kickstarter & digitaltrends
Share on Facebook Share on Twitter Share on LinkedIn Share on Pinterest
Just in time for the upcoming US presidential election, dedicated gaming aficionados have ventured to release a political thriller that features one of the most controversial and powerful figures from the history of the White House: Socks the Cat, Bill Clinton's pet during his presidential tenure.

The original video game, which was developed by a company called Second Dimension, was called 'Socks the Cat Rocks the Hill,' and it was a satirical game that was meant to lambast the politics of the early 90s when Bill Clinton was in power. The game ultimately failed to find a distributor, though, and only a few copies were ever released. Now, historian and collector Tom Curtin has made a new version of the game based on the only surviving copy he could find.
1.8
Score
Popularity
Activity
Freshness
Get the 2021 Trend Report FREE

Remastered Video Games
'BioShock: The Collection Remastered' is an Update of the Classic 2007 Game