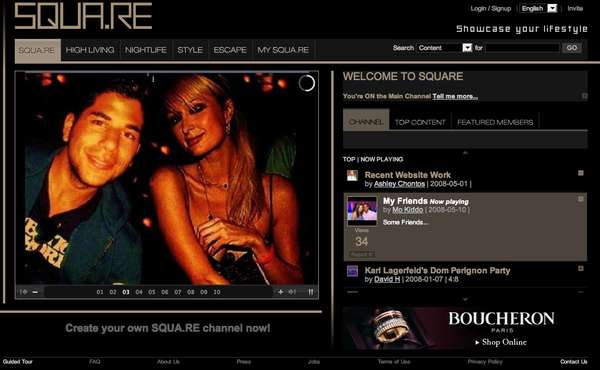 6 Networks that Reject You For Sucking

Noora Abu Eitah — May 11, 2008 — Pop Culture
References: forbes
In the past, Trend Hunter has covered social networks which are exclusively for the elite. This month, Forbes picked up on the trend, running through their own list of sites for the social elite.

I used to think that the internet was the only place where I could feel as equal as everyone else. Discrimination and alienation based on status, sex, and class does not exist online....right?

WRONG! Now, there are social networks that are exclusive to the rich and famous. In an article on Forbes.com, it is stated that according to Pedraza, too many invites, â€œpokesâ€ and unrequited connections found on networks like Facebook and MySpace, coupled with the leaks in privacy, made exclusive sites more alluring.

So, a new breed of social networks was born, and you will be surprised of how difficult it is to join one of them. Forbes recently profiled a list of their Top 5:

1. aSmallWorld (320,000 members): This is by far the most active and well-known exclusive social networking site on the web. In order for your membership to be accepted without paying a fee, you need to know someone who is already a member but with a high status. Factors such education level , profession and their network of contacts play into the application. If you don't know anyone who has good connections, don't even think about joining. This sounded like real life elite club memberships doesn't it?...How depressing: