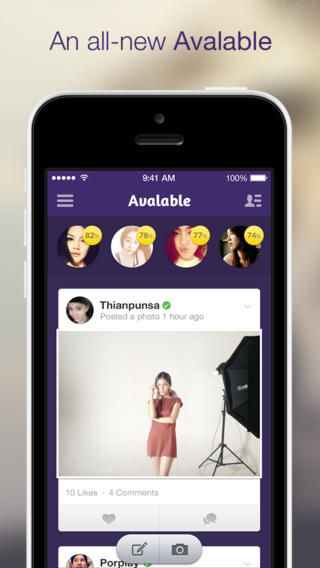 'Avalable,' is a social dating app that Assavathorn created, designed after Facebook's timeline. Instead of focusing on just one person's attention, users become part of a community that can engage by posting onto a user's timeline. By posting current images, Avalable makes it easy for relaxed conversation to come up, such as if someone uploaded a picture of themselves doing a fun activity.

Avalable also lets users chat via a messaging system and send voice messages to individual profiles. Essentially, it's like a social networking app that's exclusively for dating, but it's interesting that your messages will be publicly posted alongside other prospective dates.
4.2
Score
Popularity
Activity
Freshness
Get the 2021 Trend Report FREE