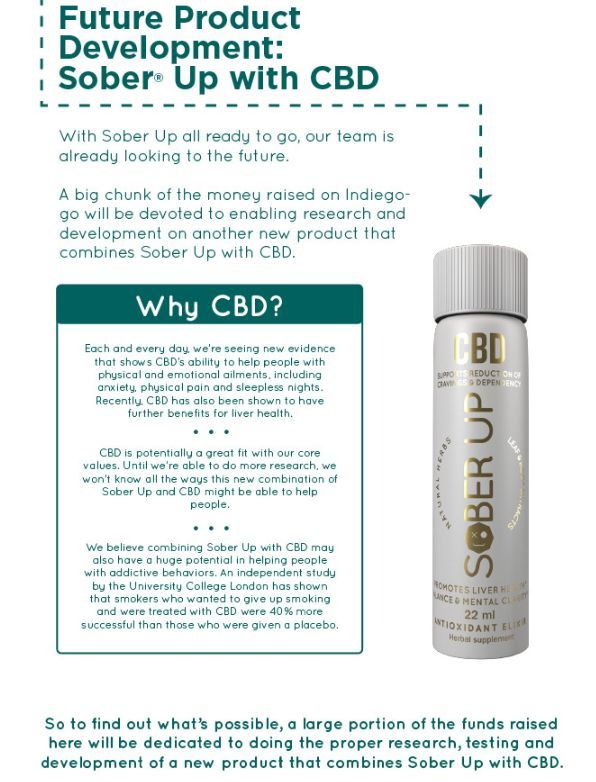 Laura McQuarrie — October 10, 2018 — Lifestyle
References: indiegogo & bevindustry
Share on Facebook Share on Twitter Share on LinkedIn Share on Pinterest
Former Red Bull UK CEO Harry Drnec is launching 'Sober Up' as a detoxifying beverage line that is beneficial for reducing the toxic effects of alcohol, improving mental clarity and helping to prevent hangovers. While the functional and fast-acting shot can be consumed before, during or after a night of drinking, it may also be taken to support detoxification and liver health at any time.

The zero-caffeine Sober Up is made with naturally sourced ingredients like turmeric, kudzu, peppermint, ginseng and wormwood. Using the funds from a successful campaign, Sober Up is also set to be produced with cannabidiol (CBD) to provide even more benefits for the mind and body.

Sober Up is now being introduced to the world through a crowdfunding campaign on Indiegogo, which gives early supporters the chance to be the first to get their hands on the product at a discounted rate.
5
Score
Popularity
Activity
Freshness
Attend Future Festival