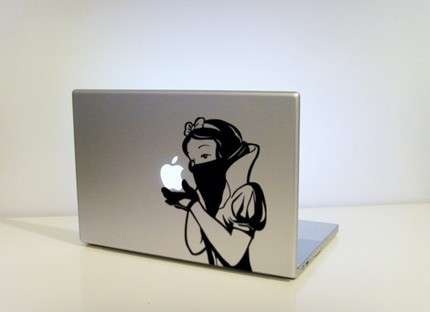 Snow’s Revenge is a series of Mac vinyl decals that take what has previously been done, the Disney Princess Macbook Sticker, and turned them on their head. The vinyl stickers show an image of Snow White with a bandanna over her mouth and black gloves on her hands while clutching the Macbook’s Apple icon. The street cred worthy stickers are also available in white.

Just be careful which side of the street you show your allegiance to, those Dwarfs will not hesitate to pop a cap in you know where.
6.6
Score
Popularity
Activity
Freshness
Get Trend Hunter Dashboard