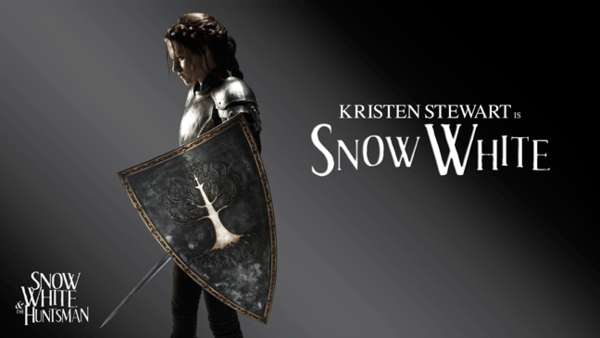 The Edgy New ‘Snow White and the Huntsman' Promotion Photos

Marie C. Hudson — July 26, 2011 — Pop Culture
References: snowwhiteandthehuntsman & hollywoodreporter
Share on Facebook Share on Twitter Share on LinkedIn Share on Pinterest
Fans of the Walt Disney classic will be surprised to see the damsel in distress has gotten a serious makeover in the new ‘Snow White and the Huntsman’ photos. Universal Studios released the first promo pictures at Comic-Con 2011 for the action film set to release in 2012, with first-time director Rupert Sanders. Kristen Stewart, playing Snow White, sheds the fairy tale diva look for a suit of armor, bearing resemblance to a Joan of Arc character. The other promo shots of The Huntsman, The Prince and Charlize Theron as The Queen confirm that this interpretation will offer a much darker vision of the tale than most people are familiar with.

Stewart, known widely for her role as Bella in the Twilight series, is convincing as the strong heroine in this first look at the film. Theron, who has experience in action and fantasy films, is a great match for Stewart as the evil but beautiful Queen. The makeup and fashion for these shots hints at a medieval theme, with a touch of glitter and edgy glam. The ‘Snow White and the Huntsman’ photos have definitely gotten me pumped for the release of what will surely be a compelling and thrilling fairy tale adventure.
3.5
Score
Popularity
Activity
Freshness
Attend Future Festival Virtual