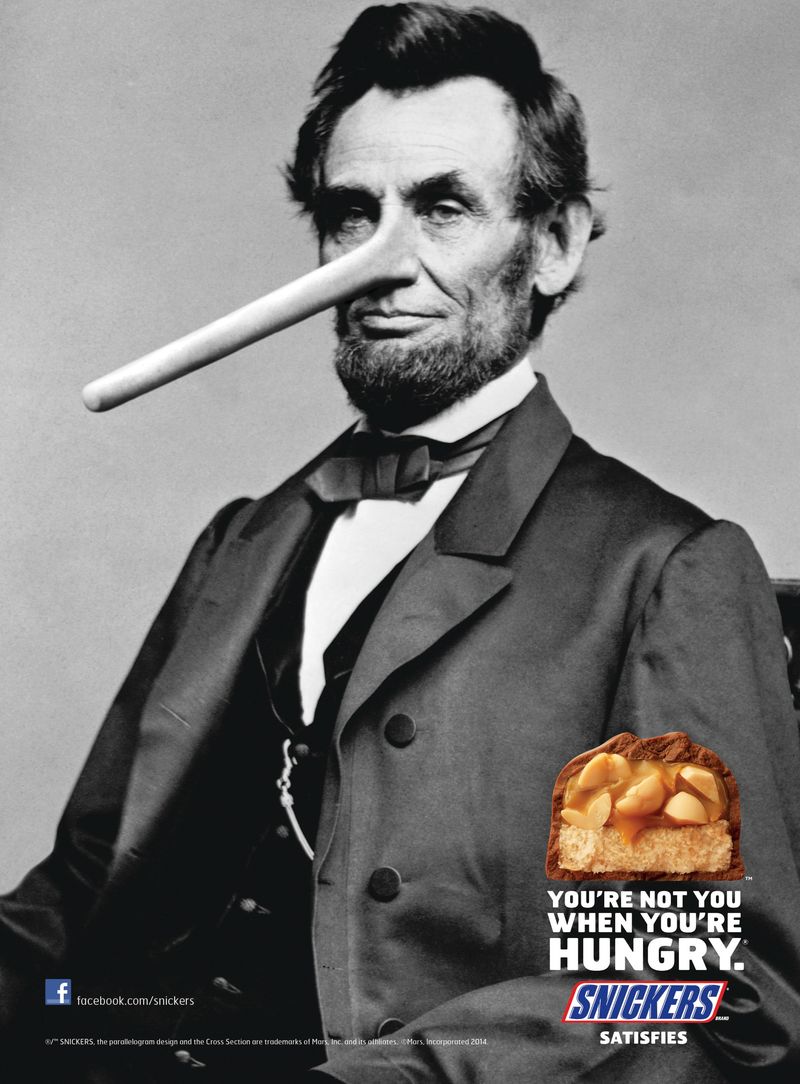 This Funny Snickers Chocolate Ad Shows How Hunger Changes You

Laura McQuarrie — July 5, 2014 — Marketing
References: snickers & adeevee
This funny ad for Snickers chocolate is bizarre and intriguing, featuring an image of Abraham Lincoln looking an awful lot like Pinocchio. The ad really doesn't make much sense until you read the caption on the bottom of the print ad, which explains that "You're not you when you're hungry."

The Snickers ad is a timely one, considering that it was released right around Independence Day. Since the image of the 16th president of the United States is such an iconic one, it makes a perfect fit for the campaign, although it would be just as easy to imagine other figures that could have their appearances altered in a similar way. The funny ad was created for Snickers by the BBDO agency in New York.
2.4
Score
Popularity
Activity
Freshness