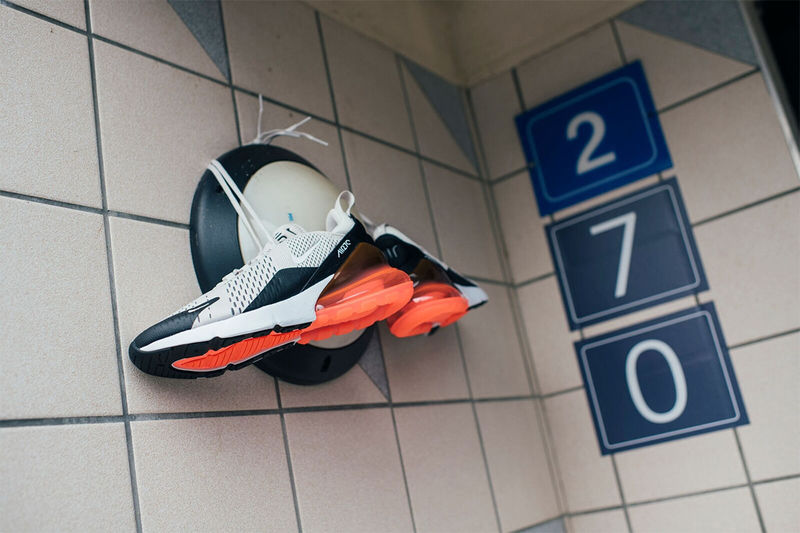 Kalina Nedelcheva — March 11, 2018 — Fashion
References: nike & highsnobiety
Share on Facebook Share on Twitter Share on LinkedIn Share on Pinterest
A series of sneaker pop-up shops surfaced in Paris last week to give early access to Nike's new silhouette and "a slew of Air Max 270 colorways." Nike opened its temporary locations within the Parisian suburbs, including one in Corbeil-Essonnes -- "a commune in the southern suburbs of [the city.]" The motivation behind the location choice was directly tied to Nike's desire to honor the label's core consumer and the underground cultural influence that inspires the shoe silhouettes.

The Nike sneaker pop-ups lasted for just one afternoon as the stock quickly sold out. This is not surprising, since Nike has been a leading label in the footwear industry for quite some time. The Corbeil-Essonnes sneaker pop-up also had an underground cultural influence hosting it -- "an affiliate of the French rap group PNL and actor, Lucas.