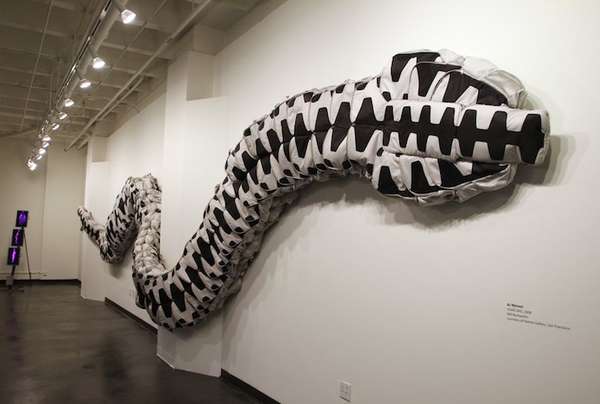 Meghan Young — October 17, 2011 — Pop Culture
References: bbc & mymodernmet
Share on Facebook Share on Twitter Share on LinkedIn Share on Pinterest
The Snake Bag art installation is an example why Chinese artist Ai Weiwei is seen as a threat to China, resulting in being detained by his home country for 81 days earlier this year. Named as the most powerful person in the art world, according to a poll compiled by ArtReview magazine, Ai Weiwei's art, like Snake Bag, often hold sociopolitical references.

In this case, the Snake Bag art installation refers to the deadly Sichuan earthquake that took place back in 2008. Made up of 360 children’s backpacks, this 55-foot long snake body pays tribute to the children who died because of the poor building code. The reason for which was attributed to local corruption. The Snake Bag art installation sheds light on this issue.
4.5
Score
Popularity
Activity
Freshness
Get Trend Hunter Dashboard