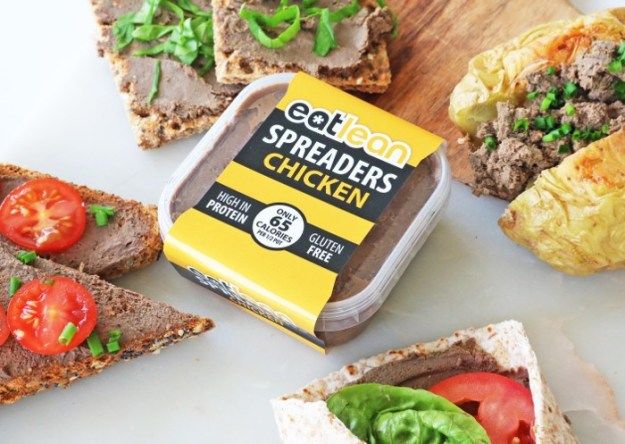 Laura McQuarrie — October 18, 2019 — Lifestyle
References: eatleancheese & trndmonitor
Share on Facebook Share on Twitter Share on LinkedIn Share on Pinterest
The Eatlean Spreaders are a trio of snack spreads that can be used to build a quick and easy meal that's light yet satiating. The low-calorie, low-fat, high-protein spreads are a new creation from Eatlean, the brand behind Eatlean Protien Cheese, which is prominently featured in the Cheese & Chive Spreader after quark. In fact, the spreads are so low in calories that they account for just two to four WW Smart Points.

While the Chicken Spreader is made with mostly chicken liver, plus quark, onions, lean bacon and other herbs and spices for a rich, savory flavor, the Salmon Spreader is 53% fish that's also paired with quark and other ingredients for flavor like horseradish sauce, pepper and lemon juice.
3.1
Score
Popularity
Activity
Freshness
Get the 2021 Trend Report FREE