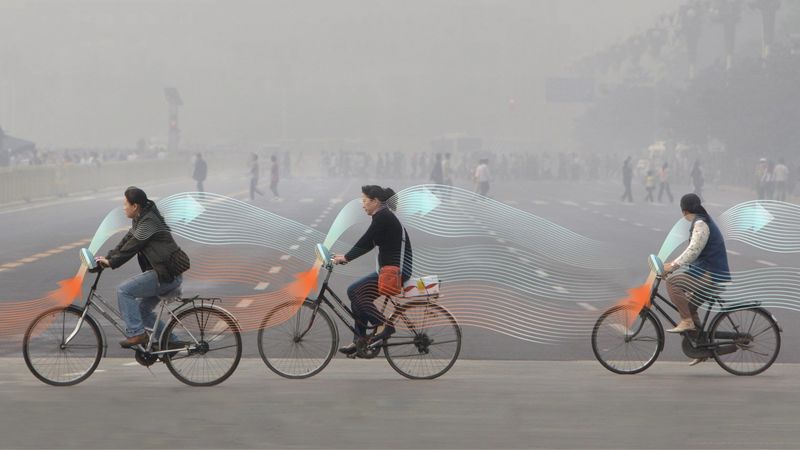 The 'Smog Free Bike' Generates Clean Air as It's Ridden

Joey Haar — May 16, 2017 — Eco
References: dezeen
Share on Facebook Share on Twitter Share on LinkedIn Share on Pinterest
Daan Roosegaarde is the designer and engineer behind the 'Smog Free Project,' an endeavor devoted to reducing air pollution in the cities most marred by it, and his latest entry in the project, the 'Smog Free Bike,' is doubly good for the environment. Not only does the bicycle attachment encourage people to travel via bicycle rather than car, but it actively cleans the air at the same time.

The Smog Free Bike is essentially a passive air filter attached to the handlebars of a bicycle. Since the filter is passive, it doesn't require any power source for a fan. Instead, as the rider pedals the bike forward, smoggy air passes through the filter. This creates a trail of clean air through which the rider him- or herself passes.
6.4
Score
Popularity
Activity
Freshness
View Innovation Webinars