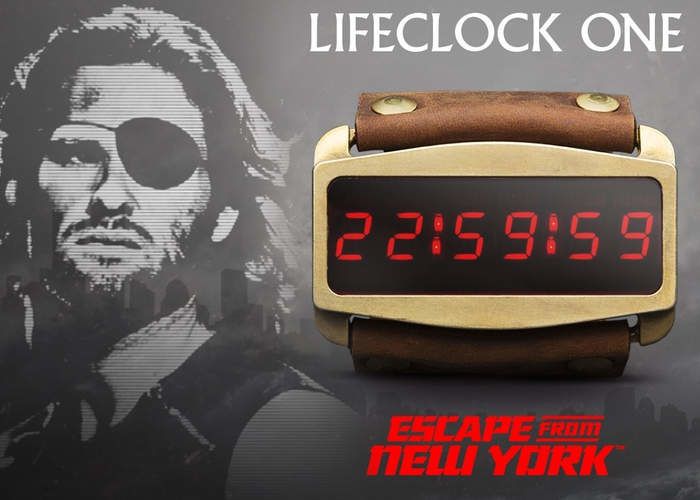 The Lifeclock One is Inspired by the Fictional Film Wearable

Michael Hemsworth — November 4, 2016 — Tech
References: kickstarter & geeky-gadgets
Share on Facebook Share on Twitter Share on LinkedIn Share on Pinterest
Anyone who has seen the classic film Escape from New York will recognize the smartwatch design of the Lifeclock One. Funding now on Kickstarter, the Lifeclock One mimics the design aesthetic of the main character in the film, Snake Plissken's, countdown watch.

While the design of the Lifeclock One from the film was a countdown watch that informed the main character of how much time he had left before poison was injected into his body, this reboot device is created a little differently. The Lifeclock One provides users with access to time, eight world clocks, the date, push notifications, app notifications, the weather and much more.