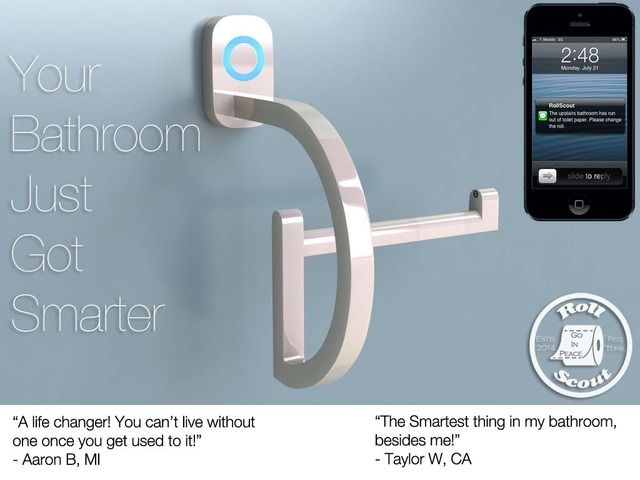 Meghan Young — August 13, 2014 — Tech
References: kickstarter & ohgizmo
As simple an act as replacing toilet paper rolls may be, it looks like people really could benefit from something like this smart toilet paper holder. Dubbed RollScout, it is a hi-tech alternative that provides an alert when people are running dangerously low on their square count. It connects to people smartphones through an accompanying app to do so.

Yet if someone happens to miss said alert, the smart toilet paper holder starts to blink an annoying red light to ensure that the message is eventually received. Powered by a single A23 battery that can last a year, RollScout ensures that people no longer become stranded in the bathroom because they have forgotten to replace their rolls. Or worse. It is currently being funded on Kickstarter.
6.7
Score
Popularity
Activity
Freshness