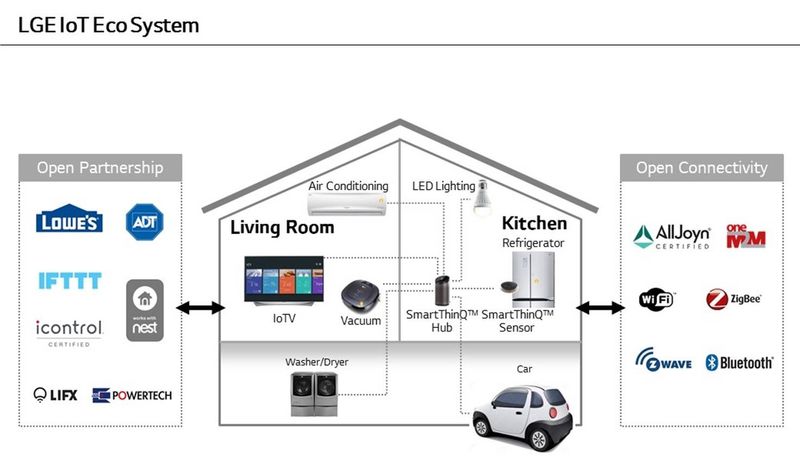 Katherine Pendrill — January 5, 2016 — Tech
References: ces2016.lgnewsroom & prnewswire
LG recently unveiled the 'Smart ThinQ Hub' during CES 2016. Many consumers own connected appliances that can be controlled via their smartphone or tablet. However, a separate app is usually required to control each of these devices.

Now LG has created a comprehensive solution for controlling all of the appliances in your home. The Smart ThinQ Hub is an intuitive system that "serves as a gateway to smart sensors and connected appliances in the home." The system features a 3.5 inch display that facilitates two-way communication between consumers and their appliances. The system is connected to an accompanying smartphone app, which allows consumers to control all of their appliances at once from a single device. Consumers can even use the Smart ThinQ Hub to stream music or display calendar reminders when the system is not being used to control home appliances.

Unlike other home hubs, the Smart ThinQ Hub monitors, controls and collects information on each appliance to make smart home products more accessible and more convenient for consumers to use.
3.8
Score
Popularity
Activity
Freshness