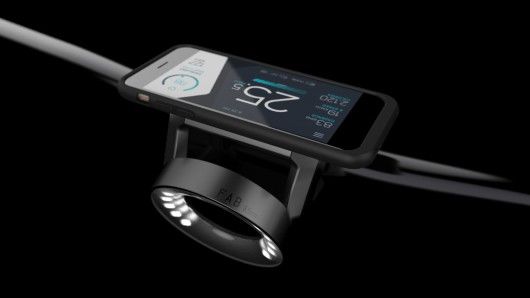 The smartphone is placed in a water-resistant dock that is mounted on the bike's handlebars. The COBI system itself includes over 100 smart features. For example, the bike's lights automatically come on when it starts getting dark, while the tail light works both as a brake light as well as a turn indicator.

The COBI Smart Bike system is currently the subject of a Kickstarter crowdfunding campaign. A pledge of $159 will get you set up with one unit if the campaign hits its fundraising goal and the product comes to fruition.
2.4
Score
Popularity
Activity
Freshness