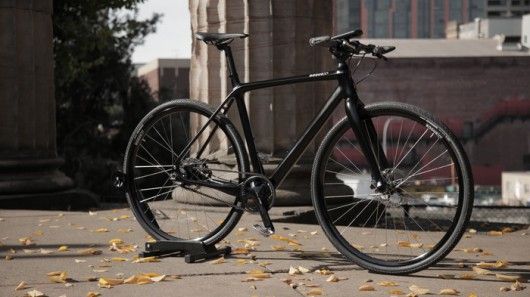 The Rogue C6 Smart Bicycle is Targeted Towards Urban Cyclists

This bike is 50 to 60% lighter than similarly-sized steel and aluminum bikes. It also does away with greasy traditional chains, sporting a slick Gates carbon fiber belt drive that doesn't require lubrication and is cleaner, lighter and more durable than a regular chain.

The developers of the Rogue C6 smart bicycle are running a Kickstarter campaign to raise funds for production. A pledge of $1,950 will get you set up with a bike -- sky blue, blood orange or matte black -- in April 2015 if the campaign successfully meets its fundraising target.
5.2
Score
Popularity
Activity
Freshness