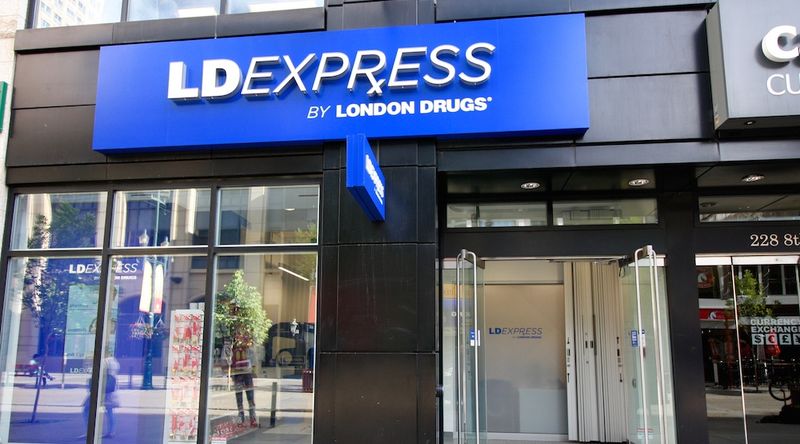 Laura McQuarrie — July 20, 2017 — Business
References: londondrugs & dailyhive
Share on Facebook Share on Twitter Share on LinkedIn Share on Pinterest
In the city of Calgary in Alberta, Canada, London Drugs opened a new kind of small store called 'LDExpress' that was launched to compete with convenience stores, dollar stores and competitors that also sell a selection of pharmaceuticals, electronics, housewares, cosmetics and grocery items.

In comparison to a full-sized London Drugs store, LDExpress is about a sixth of the size, yet boasts a full-service pharmacy, customer service stations, passport photo services and even a place for online parcels to be picked up in its 4,000 square foot space. In the small-scale retail shop, there will also be a selection of to-go food available from Spolumbo’s.

In order to better fit into tight urban environments, many large-scale retail shops are experimenting with small-format stores that emphasize convenience.
5.1
Score
Popularity
Activity
Freshness
Get the 2021 Trend Report FREE