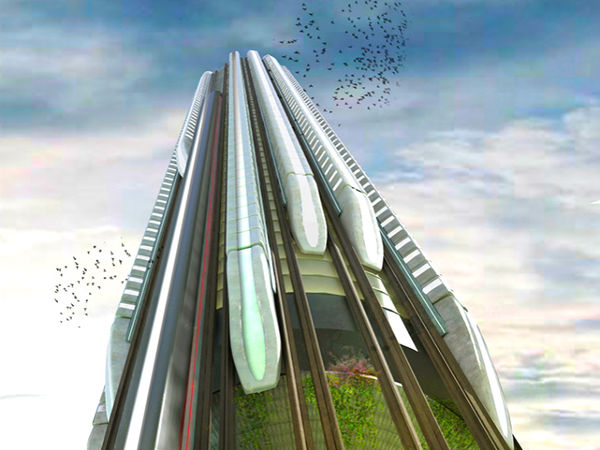 These high-speed trains jolt upwards at the side of the skyscraper, and send passengers to their level of choice within seconds. Each train travels and transitions from its original horizontal formation, to ascend vertically. The train carriages, each carrying 10 people between two rows facing one another, pivot similarly to a Ferris wheel, and would enable passengers to remain upright and have a beautiful glance at the cityscape on their upward or underground journey.

Christophi stated, “The vertical train hub aims to resolve the inevitable challenges that cities will face by 2075, and offers a deliverable and sustainable solution for the future of the transport generation,” and with a captivating idea as such, we are in the right ‘direction’.