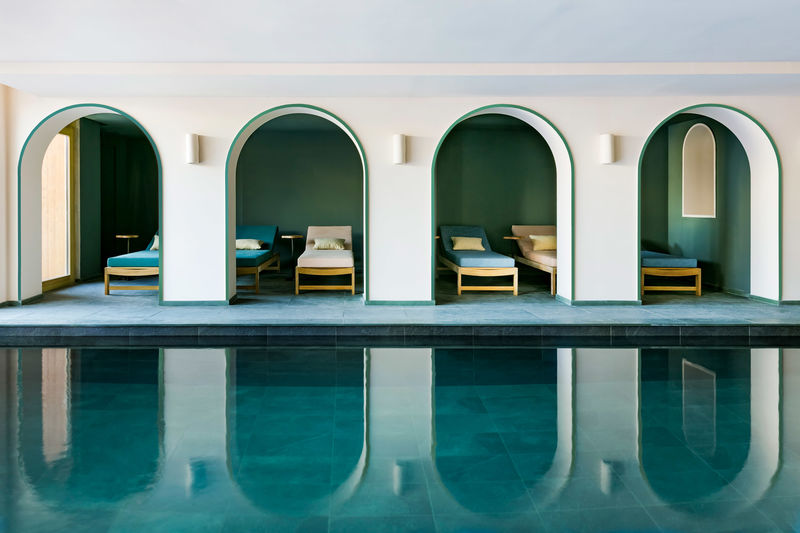 Kalina Nedelcheva — January 20, 2020 — Art & Design
References: lecoucoumeribel & dezeen
Le Coucou is a stylish and luxurious ski-in-ski-out hotel in Les Trois Valléesm, which is known as "the largest ski area in the world." The hospitality establishment employed Pierre Yovanovitch — a New York City-based designer, to curate and complete the interiors of the luxury property. This was a challenge for the professional as it was his "first time designing a hotel of this scale and grandeur."

For the aesthetics of the ski-in-ski-out hotel, Yovanovitch embraced a concept that was close to it - that of nature, which is in reference to Le Coucou's "staggering mountainous surroundings." Aside from luxurious and extravagantly sculptural features, the New York designer worked to reveal as much of the surrounding landscape as possible.

In addition, a focal point of the ski-in-ski-out hotel is a domed ceiling that features a fresco by artist Matthieu Cosse.