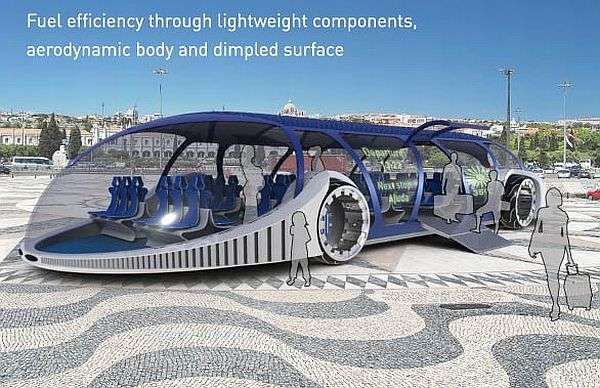 The SKhy Bus Concept Aims to Clean Up the Urban Environment

Designer Alain Monteiro has developed quite the ambitious automobile. For fuel, this mass transportation conveyance will run on wastewater, converting the presence of substances like urea into a very efficient means of producing hydrogen.

The shuttle's name can literally be broken down to describe the way it functions: it stands for "Solar and Kinetic energy to produce HYdrogen." Even the byproduct of the eco engine would yield clean water to be used for other purposes. Collected carbon dioxide cleans the atmosphere and runs the internal cooling system, while discharged oxygen gives the SKhy Bus concept the role of a living, breathing plant, with the advantage of chauffeuring people.