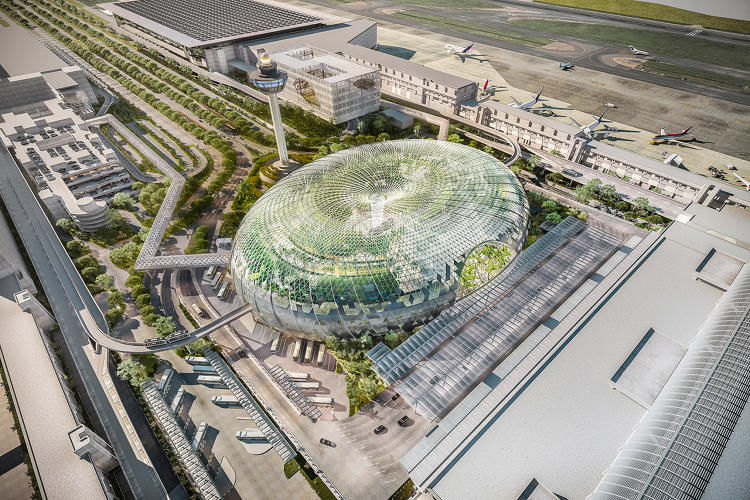 Meghan Young — December 23, 2014 — Eco
References: msafdie & fastcoexist
Share on Facebook Share on Twitter Share on LinkedIn Share on Pinterest
The Singapore Changi Airport might be one of the busiest transit hubs in the world, but soon it will be the greenest, literally. A proposal to build an urban park into its infrastructure has just been approved. Dubbed Forest Valley, this gorgeous glass dome essentially brings a huge botanical garden to the Singapore Changi Airport, which is utterly refreshing for weary travelers.

Designed by Moshe Safdie, the Singapore Changi Airport's latest extension goes hand-in-hand with the idea that such facilities are destinations in and of themselves. The designer states, "The modern mall is as far as I'm concerned, a pretty horrible place. It's all about merchandising, indoor, and sealed. But you could add this component of an escape of nature. Normally in cities we did that in traditional parks. But in the densities we're getting to in some of these cities, there isn't the space for it."
5.8
Score
Popularity
Activity
Freshness
Access Advisory Services