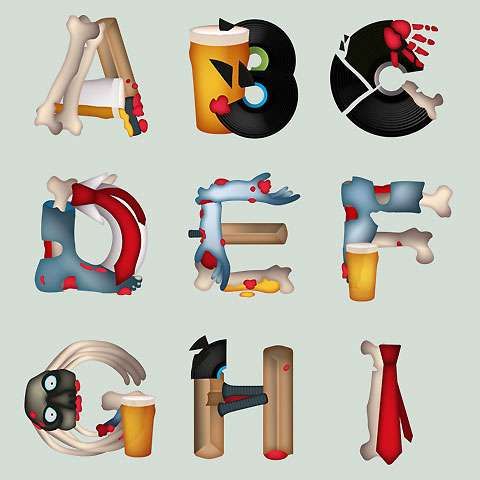 Josh Triantafilou — April 4, 2012 — Pop Culture
References: sinagedesign & lostateminor
Share on Facebook Share on Twitter Share on LinkedIn Share on Pinterest
British Graphic designer Simon Heard is an avid movie fan judging by his latest creations, ‘Movie-based Typeface.’ The fonts are inspired by some of Simon Heard’s favorite films including ‘Jurassic Park,’ ‘Shaun of the Dead,’ ‘Gremlins,’ and last but not least, ‘Ghostbusters.’

Simon Heard melds creatures from his chosen films into alphabetical characters that are clearly legible. If one wanted to use these film-inspired fonts to spell out actual words, they could. Often graphic designers will push their concepts too far, creating something interesting but very difficult to interpret.

Simon Heard strikes just the right balance between form and function in these designs. Whether it be a gremlin, ghost, zombie or dinosaur, Heard knows how to cross his t’s and dot his i’s.