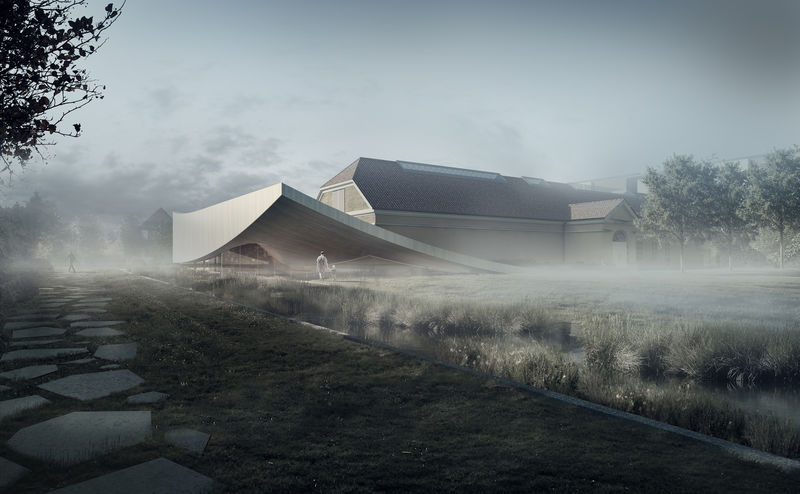 The Silkeborg Museum is Planning a New Wing

Joey Haar — May 16, 2017 — Art & Design
References: archdaily
Share on Facebook Share on Twitter Share on LinkedIn Share on Pinterest
Swamp people are real, and the Silkeborg Museum is where they live. The Danish museum, which has released its plans for a contemporary extension design from 3XN Architects, is home to literal swamp people: prehistoric human bodies preserved by the unique physical and chemical characteristics of the surrounding lowland bogs.

The Silkeborg Museum is best known for the remains of two human beings: the Tollund Man and the Elling Woman. These two people lived in approximately the 4th century BC, before the Roman conquest. The bodies are notable for the natural mummification process that resulted from their being trapped under the peat of the bog -- in fact, the Tollund Man was so well preserved that authorities first investigated it as a murder case.

The museum's new design features a "roofscape" rising out of the bog, just like the swamp people emerging from the peat.
2.2
Score
Popularity
Activity
Freshness
Attend Future Festival Virtual