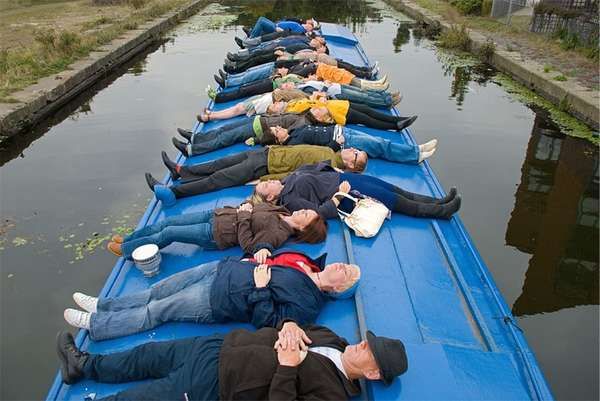 Meghan Young — June 21, 2012 — Art & Design
References: robsweere & mymodernmet
Share on Facebook Share on Twitter Share on LinkedIn Share on Pinterest
The Silent Sky Project# sends a beautiful message. It promotes an appreciation for the vast earth and heavens as well as a much-needed break from the rigors of reality. Essentially, people have been asked to lay down for 30 minutes with another person or a crowd of people in order to survey the sky and clouds above them. By doing this, a calm like no other steals over each participant.

Conceived by Dutch artist Rob Sweere, Silent Sky Project# is a traveling social project that goes to the very root of a person's soul. It might be a simple concept, but the busy nature of modern lives often work against it. Since its launch in the Netherlands, the Silent Sky Project# has reached Brazil, Lithuania, Turkey, Australia, England, France, Korea and America.
1.7
Score
Popularity
Activity
Freshness
View Innovation Webinars